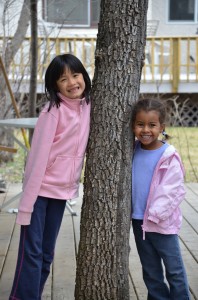 It’s been a great day today in spite of my team losing in the Stanley Cup final tonight. My pain is on the rise but I’m trying to deal with it the best that I can. Today was sunny and hot so after taking my oldest daughter to school, I decided to take my youngest daughter down to the creek by where we live and get a bit of exercise. It might only be a slow walk but it’s better than sitting on a couch! Then after going there we decided that we would go to the park and play on the play at the playground for a while. I wanted to make sure she wore herself out so she’d sleep at naptime!

All day however my head has been feeling fuzzy, along with developing more pain in my affected limbs. I’m trying to manage it however it’s been getting worse as the night progresses Even my eyes feel as though they are going to pop out of their sockets! Although that could also be because my eyes aren’t quite up to par at the moment. This week I went in to the opthamologist and as it turns out I have to get my first pair of glasses. I just turned 41 and apparently I’m being told that it’s all downhill from here! So of coarse some people are having all kinds of fun with this, throwing all the usual jokes at me.

The last couple of weeks have been a real mental challenge, showing just how much of a battle CRPS can be in your mind. As most of you know I use my faith to get me through and let God shoulder all of my problems. As well a few weeks back I wrote a post about reclaiming the things that mean the most to you. I’ve really been focusing on this of late because I truly believe that this is what God wants me to do! I’ve been trying to push myself a little harder and trying to overcome some of the things that have become limitations in my life since being diagnosed with CRPS. You see I’m pushing the boundaries with my mind, and I’m not going to let my disability limit me the way it wants to. 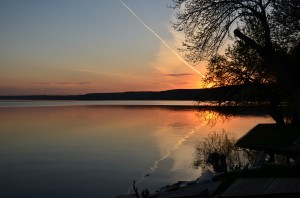 Last weekend I pushed myself that little bit extra and took the kids to the top of a hill out at our lake. What you have to understand is that this hill is quite steep and it isn’t easy to walk up when CRPS affects your leg. I wasn’t going to let that deter me from achieving my goal, which was getting to the top and the little white church with my kids. It didn’t matter if it was going to take all day I was going to do it, and I can proudly say I did it! Now when I was done I said to my wife that this wasn’t something that I was going to be able to do every day, however I was determined to prove to myself that I could do it. Before this all happened I used to do a lot of walking with the family. In particular I used to do a lot with my wife, and I would really like to find a happy medium where I can go on short walks with everyone. As you can tell this is the next area that I’d like to reclaim from the CRPS!! 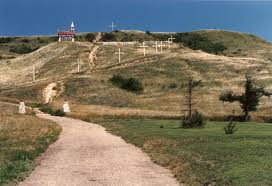 As I knock over each of these obstacles that sit in my way you wouldn’t believe the mental boost that it has on you. You can’t let what your mind is telling you about your pain stop you from achieving short term and long term goals. If you do then you’ll never move forward. I have two simple but yet two really huge goals that I’ve set out on. One is to reclaim a passion of mine for the love of photography, and a second is to go on shorts walks. As you know the photography is well on it’s way and this week I took the baby steps to reclaiming another. It’s about wanting to live as good a life as I possibly can under the circumstances and with God’s help I will!

Are You Discouraged This Week?

A Word Of Encouragement!!