I’m sorry that it’s been a few days longer than normal for me to update my site. Now that cottage season has arrived on most weekends I’ll be out at the lake enjoying it!!!! It was my wife’s birthday over the weekend so we celebrated that as well. We were out there over the last four days, so I haven’t had the chance to write a post. Things have been kind of crazy as of late because it seems as though we have a ton of birthdays, and throw in a couple of anniversaries and it makes for a whole lot going on. Then of course you have all your kids end of the year activities and things become really busy!!!

The extra stress over the week has made for a week with pain but not to the point where I couldn’t control it. It’s been a week filled with all kinds of ups and downs. At several times this week I was challenged both physically and mentally, finding it extremely hard at times to stay positive and understand that God is in control. At times this week I wanted to give up and throw in the towel but had to find it within myself to ask God for help to pull me through all those tough times. All week I felt as though I was on a yo yo going up and down constantly. I found all week that it was hard to stay focused on the goal of getting better. There were several times this week where I allowed myself to become discouraged, and it just goes to show that no matter what you have keep going. 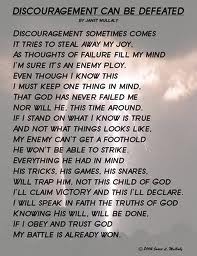 At times this all gets a little overwhelming and you become tired. You give every ounce of energy that you have, yet it isn’t enough and at times you find as though there isn’t anything left to give. At times this week it has seemed almost impossible to stay positive, and not give up hope. It’s been like when your driving down the road and your gas light comes on. For the next several miles you travel down the road biting your nails wondering if you’ll make it to the next gas station. All week long it’s felt like I’m going to run out and just as I think I’m going to run out God is there to fill the tank and help me press on in my journey!! 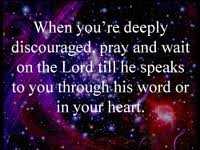 Letting discouragement get the best of me would only let it win. I didn’t start this journey six years ago to lose this battle. During my fight with CRPS if there is one thing I’ve learned it’s that when things get tough you rely on God. This past week I’ve had to rely on Him a lot, just to get through the week. It’s been a week filled with various times of discouragement and the only way to get through all of that is to give it to God. I can honestly say that I’m feeling good and that the discouragement is gone. I’m once again ready to fight!

Last but not least I hope to be writing my next post as a happy Vancouver Canuck fan cherishing that first Stanley Cup Win!!! As a native of Vancouver I remember being so close in 94 when they lost in New York. This time they will win bringing home the first cup in franchise history!!  Go Canucks!

Taking Back From CRPS!!