Are YOU Hanging On By your Fingertips?

Today I could waste your time by writing about something that didn’t mean much of anything. However it would only be avoiding what has really on my mind over the last couple of days. Things have  been tough on me mentally and physically lately, so I’m finding it really hard to stay positive. When your body is in constant fight mode it can take its tole on you. Once again it seems as though I’m having one of those moments, where the mental and physical side of this illness is trying to wear me down and get the best of me.  My body is tired physically and I’m finding that I’m dragging a little more than usual.

When I started thinking about what I was going to write today  a couple of things entered my mind. The more I thought about it the clearer it became that my physical and mental state were what I need to talk about. Once and a while I lose my mental edge and it becomes tough to keep telling myself not to give up the fight. I know that there is no other option, and that I just have to push through and ask God to make me strong again. So often one feels the need to put on a brave face and just say everything is ok, however when you do that you just squash down your real feelings. It isn’t a sign of weakness to admit that your tired and that you are having a hard time, rather I think it shows a sign of strength. It’s ok to tell someone that your having a tough time!

This week when I came home from physio one day my wife could tell that I had hit that wall in my fight, and that I was having a hard time keeping myself focused mentally. She knew that I was tired and that it takes ever ounce of fight inside me, to wage this war against my CRPS. I feel lucky and blessed to have the wife that I do. She knows when I need those words of encouragement to lift my spirits, and she’s always there in those times you need a person. At that moment she took the time to say a prayer, knowing that what was going to help me was really an encouraging word and healing touch from God.

You never know when your going to hit a wall in your fight, and I’m ever so thankful that God is there to put me back together and get me over that wall. I’ve said it before and I’ll say it a million times over God is always there in your time of need. Over and over God is there to change things, giving me new physical and mental strength. It just always seems that you always need that little boost over the wall to get things started again, and He is always the one to do it.  This is the reason that no matter how hard the fight gets I won’t give up. If your reading this and your living with CRPS then you don’t have to give up either. Your going to have moments where your body both mentally and physically says enough, but don’t let yourself give in. Instead fight even harder because if you set your mind to it you can win! 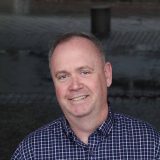