Well I got back today from our week long sugar induced Easter holiday with the family. Tomorrow things return back to normal and we get back to the regular routine. As I had mentioned in my previous posts we had been out at our cottage at the lake just hanging out having a great time as a family. It’s been a great chance just to try and relax and forget about everything, even if it’s just for a week. It’s been a really crazy Easter break because all anyone can seem to talk about right now is all the flooding that is going on, not only out at our lake but in our city as well. I’ve included a few pictures of what’s going on in our city as well as out at Echo Lake, Saskatchewan which is where we have our cottage. The lake that is by our legislative buildings has decided that it wants to expand, unfortunately onto roads, walking paths, and towards peoples homes. 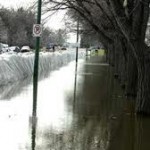 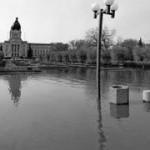 Out at our cottage mother nature is making a mess out of peoples homes. The ice on the lake has melted but it’s been really windy which has been sending waves crashing into the cottages and homes on the lake. When you look out onto the lake, you can see pieces of debree floating in the water. We can only hope that the waters will recede soon! Around these parts people have been sand bagging around the clock to try and reduce the damage that’s being done. We took a drive around the lake yesterday and couldn’t believe just how bad things are. It makes us so thankful that we are built up on higher ground and that only our boathouse and from lawn area are at risk. We certainly have no right to complain when people have lost their homes.You do the best that you can do under the circumstances and you keep on going! 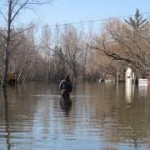 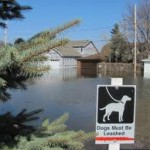 It’s funny because it reminds me a lot about what we deal with in our circumstances in dealing with CRPS. You do the best you can do to minimize it’s affects and then you move forward. You can’t let an illness like CRPS slow you down, you have to do the best you can to adapt and then move forward. It’s similar to what’s happening out at the lake. You can’t stop what it’s doing but you can try to minimize the damage that it’s doing and then move forward. Where are you going to get if you sit around wallowing in self-pity with your CRPS. Last week I picked up my new camera and for the first time in about 5yrs, headed out to do something I love to do which is take pictures. I may not be able to take pictures the same way as before, but the feeling of getting out and doing it again was fantastic! That’s what it was really all about! For a short period of time I felt like I could forget about all the challenges I face and just get lost in something I love. 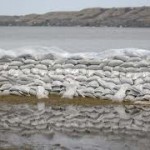 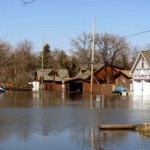 It’s about going after something and not letting your disability defeat you. Sure things might be a bit different, and I may not be able to do some of the things I did before but I can do it. You can’t have a defeatest attitude if you want to be able to move forward. Nobody said that this was something that was going to happen fast either. It might take you some time to achieve a goal you had, or to something else that was put on hold when all this happened. Don’t give up on your dreams because they can still happen for you!

What To Do When You Hit The Wall!!