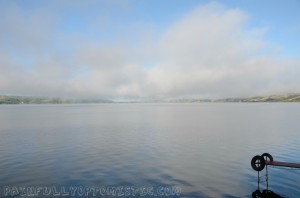 I’m back from my labour day weekend which was interesting to say the least. It was a great weekend with my family but as most of you already know, I’ve spent the last couple of days dealing with the affects of a wasp sting in my eye. The whole left side of my face decided that it was going to puff up and my eye decided to close up as well. Not to mention the intense pain. I’ll take it one step further though in that I had trouble eating because my throat had also become affected as well. We think that to some degree there was some type of a anaphylactic reaction to the sting. However prayers were answered and my eye started to open again yesterday and the swelling is starting to come down. I’m still feeling discomfort in my eye but it isn’t half as bad as it was.

As per usual I sent a great deal of time this weekend snapping more shots and trying to figure out my new camera. It’s been several months since I got it, but I still have a long way to go in discovering what it can do. Its been such a good thing being able to get one of my passions back. Not only has it been a great distraction from my CRPS but it drives me to keep pushing myself and see that my life has more waiting for me and I need to go out and get it. All through this fight with my CRPS I have always said that I won’t give up my fight and that God has big plans for my life. Who knows maybe photography falls into those plans! Or maybe it’s just a way for me to express myself and the person I am.

When I’m feeling up to it I’ll go out taking pictures and it’s the best therapy of all. It’s just me and the camera and the creative side of my mind that sometimes gets lost in all the confusion of my CRPS. This illness can cause your mind to become clouded and you can have trouble thinking for yourself. The reality is that it becomes hard to do certain things and you become discouraged. So you give up doing certain things in your life because you’d rather not deal with all that discouragement. When I first decided that I was going to pick up the camera again, I could hear the left side of my brain saying to the right side this isn’t going to work. It was as if my brain was saying you can’t think clear enough to make this happen. Another part of my brain was saying how are you physically going to be able to do it? Not allowing all of these things to stand in my way though I went after it and moved ahead and the rewards have been many!

So your probably wondering where am I going with this. What I’m telling you is to go after that one true passion that you have and see what happens. What do you have to lose? Can things get much worse? If you don’t have one true passion in life, then try all kinds of different things that might be of interest and see what happens. You might find that along the way you discover it! Things may not be what you had hoped for in life right now, but you have the ability to live a simply amazing life. That won’t happen however unless you make that a reality by getting up and going after it. I might have CRPS but it doesn’t change the person I am inside unless I let it.

When all of this started for a brief moment in time ( six years! ), I felt like all my passions and the things that made up my identity were lost. Slowly though over time I’ve come to realize that that isn’t the case. We might suffer from physical changes or mental changes from the CRPS but it doesn’t change who we are as a person. You are still that same person inside with all the same dreams and passions in life, so what’s stopping you from going after them? Do you suffer from physical changes that stop you? Then find a different way of doing it! That’s what I’m doing with a camera and one hand. Do you feel as though you don’t have what it takes mentally? You’d be surprised at how much your mind clears when you take it off the pain!

You see I couldn’t stop thinking about my passion and the more I prayed about it the more God told me to go after it. We have an amazing God that can do amazing things in peoples lives! So don’t let you CRPS stand in the way because it’s just a small roadblock that God can push out of the way!

Update On My CRPS!!