I’m back for another week and hopefully I’m not going to run into any problems. I’ve been having some troubles with my site so I’m hoping that this isn’t causing any problems. If you are a regular reader and are having troubles with the appearance of my site or download to my site, then please let me know so that I can contact my host.

So when I last posted I was in the middle of trying to pull myself back to an upright position and get back on my feet because my pain wasn’t good. Well I had God act yet again upon prayer, and I got in to see my specialist who I wasn’t suppose to see until the end of next month. When I got to his office I was excited that I was  about to receive an injection that would help with some of the pain. He was going to do one of the nerve blocks that he does every three months. So once in his office he wrote out the prescription and told me to get it filled, and come back and that he’d do the injection. Off I headed thinking that in about the next 15 min or so relief was in site. Well I get to the pharmacy and they don’t have the drugs needed to fill the prescription. It has to be ordered from the hospital, so now I’ll have to wait until next week to get the injection.

It’s yet another bump in the road which is nothing unusual. Waiting is something that I’ve just had to become used to 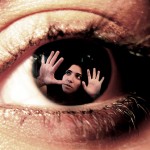 , and now it really doesn’t bother me anymore. I know that if I let the small things like this bother me then I’m only going to add to my stresses, which will in turn only add to my pain. So I just went about rescheduling everything for next week, and hopefully I don’t get worse. I’m dealing with the pain and things for the most part seem to be ok. Things aren’t getting any worse so I’m just praying that next week comes quickly. I want to thank all the readers out there who sent comments my way that wished me well. It’s always nice to have encouragement from others.

So I’ve had a lot of people ask me how do I do it? What do I mean by that do you ask? I mean when things get really bad and you can’t take the pain anymore, and your at the end of your rope how do you not go crazy! It’s simple! First of all Gods in my life and He won’t let me deal with anything more than I can handle. Second I have made the choice that I won’t let myself get depressed over this. You see I’m going to let you in on a little secret. I’ve been through a depression once before in my life, and have no desire to go back to that place again. It had to be one of the deepest and darkest things that I’ve ever been through in my life, and for that very reason it will never happen again. I remember feeling so lost and all alone, and that I didn’t know how I was going to get out of it. I remember on lots of occasions telling myself that there wasn’t going to be an end to this, yet that was what I so desperately wanted was an end.

Just when I thought I couldn’t do it, and that I couldn’t go on I heard God say to me that He was there for me, and that He would help me through it all. That was a very important moment in time for me because it was the beginning of a new life for me. It took some time but slowly with His help and over a period of time things got better. I promised God and myself that I was never going back to that place again. So now if I’m having a tough time I’m able to look back at that, and remember what it was like and who I turned to. It helps me to turn to God first and ask for His help so I don’t go down the wrong path.

Let’s face it! With CRPS lots of people have a hard time trying to deal with there emotions, and the physical pain that they feel. Often people can become depressed and next thing you know your trying to deal with yet one more thing on top of the rest. It can be so easy to fall into a depressed state especially with a condition like CRPS. With the 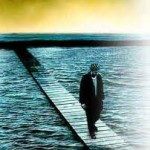 constant up and down of your emotions, it can be easy to just keep sliding down when you least expect it.  When your having a hard time dealing with your emotions because of the stress of everything that’s where God plays such a vital role. God is the difference in my life between getting lost in my emotions and losing control, or staying in control and having a life filled with purpose.

I just felt that it was really important to share with all of you that I’ve been through a very low point in my life before. I know that some of the people reading this might be at that point that I was at. I know what it’s like to try and get back up on your feet again, it can be done with God’s help. When God made such an impact in such a desperate time, it was hard to argue His influence in my life.  So when I’m having a hard time getting through the pain, or I’m having a hard time with my emotions I know that God is there to help me through it all.

Running Off The Tracks!!