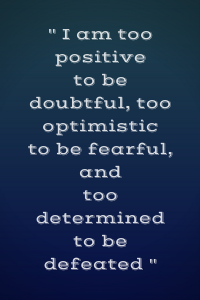 Today has been one of those days where your body reminds you that your still sick! So sometimes you just have to know when to give up and let your body rest. The last few weeks have been more than challenging and its times like these that make this illness so challenging. This won’t change how I face my disease just slow things down until I regain my balance! What’s really important right now is to rely upon my support system that’s in place. Family and fellow advocates are right there if I need them and I’m so lucky to have them there for me.

In recent weeks I’ve been having a lot of problems with not only flare ups but brain fog has been really bad. I have to admit that time for self-health and healing hasn’t been what it should be and I need to get things back on track. After eleven years I’ve learned really well to recognize when somethings not right, and that I need to get back to the basics of managing this illness. It’s a reminder that as much as quality of life has improved that I’m still dealing with a beast that can derail you at a moments notice if you don’t take care of yourself!

Chronic illness doesn’t take time off and so you have to make sure that your staying on top of the things that control the symptoms! Especially with an illness like CRPS where something so little can set off a major flare up. It seems as if CRPS has decided to turn things up a notch so I need to turn up my defense systems as well. That means a whole lot of self care and then turning to the biggest defense system in my life in God. I can’t say enough how much strength I draw from Him when things seem impossible! In fact I don’t often say enough how He’s helped my family and I through this journey. 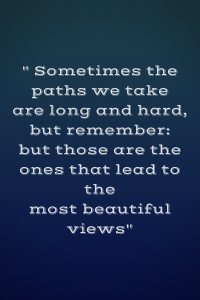 Am I having a rough go of things right now? You bet! I feel at times as though I could crawl out of my skin. At times my nervous system goes crazy and the emotional swings I’ve felt in the last few weeks have at times been really hard to deal with! If I could tell the gerbil in my head to stop running on his wheel then I would. What doesn’t waiver however is my positive spirit!  You see in order to fight this illness I need a small army to go to all the different areas that are at war in my body. Just like an army mobilizes various units to go fight in various regions or areas of a war, I have to do much of the same with my CRPS. I send one unit to deal with the pain and another to deal with the mental area of the fight. Then lets not forget that I have to send a unit to fight against my nervous system.

Mobilizing an army in this way takes a born leader one well versed in strategy and the ability to get the job done. God is that leader to me! His ability to strategize and bring victory is unmatched! When I’m battle weary He sends help to the areas I need provision in order to allow me to regain my strength to continue on. You have to have trust and confidence in a leader, even though sometimes the battles that you fight and where you find yourself being led don’t make sense. I have to have complete faith that God knows how to take on the enemy that’s trying to wear me down and win this battle. Your best line of defense is being under the leadership of someone who knows how to outsmart the enemy!

So with that being said I want to leave you with this one thing to think about!

33It is God who arms me with strength and keeps my way secure. 34He makes my feet like the feet of a deer; he causes me to stand on the heights. 35He trains my hands for battle; my arms can bend a bow of bronze. 36You make your saving help my shield; your help has made me great. 37You provide a broad path for my feet, so that my ankles do not give way. 38I pursued my enemies and crushed them; I did not turn back till they were destroyed. 39I crushed them completely, and they could not rise; they fell beneath my feet. 40You armed me with strength for battle; you humbled my adversaries before me. 41You made my enemies turn their backs in flight, and I destroyed my foes.

Who do you want leading your battle as you fight through adversity? Mine gives me all of this and more!

A Spoonie Isn’t A Kitchen Utensil!