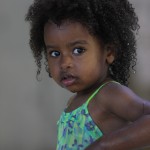 I’ve had a few people telling me that they have never heard of CRPS/RSD so I felt the need to explain it again and why I started this site. If your a person who reads my blog on a regular basis then sorry for the repeat but maybe you’ll pick up something you didn’t know. I am 40 yr old man married to an amazing woman, and I have two daughters ages 3 and 7. 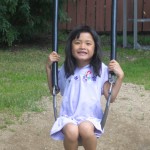 I was diagnosed with CRPS six years ago and it affects both my left arm and my left leg. As a result I suffer from chronic pain in both limbs and headaches that are brought on by the disease. I always like to tell people that trying to explain the disease is in the first word “Complex”. It really is hard to explain.  It’s a disease that seems to start as a result of trauma however seems to start without as well. Some of the symptoms that are associated with CRPS are extreme sensitivity to touch, changes in temperature, swelling, changes in nail and hair growth, loss of minerals in the bone, chronic pain, muscle spasms, muscle weakness, and even disfigurement. There are a whole host of different symptoms that come along with these, and every person in my experience presents their case a little different than the next.

The condition is itself though is really known for the unbearable pain that you have to try and live with, which presents itself in the form of burning, stabbing, or shooting pain. It  is not a common condition and as of today there is no known cure. What a lot of people don’t know is that changes go on within the brain, but why they don’t really know why. Changes start to occur in brain cells and the brain nerves so then their relationship starts to change. As well there is a reduction in a persons brain in the area that is dedicated to looking at and sensing the limb. So the brain starts to see the limb differently, and sense it differently, as well as moves it differently. So what we are really dealing with are three things affected limb, nervous system, and the brain.  All three being controlled by the brain of course. 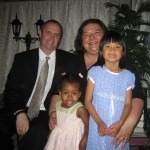 Living with CRPS is so much more than living with chronic pain. At the same time as having to live with the pain one is faced with dealing with emotional issues that surface because of the illness. Let’s face it having to deal with losing the movement in a limb and not know if it will ever come back can be traumatic!! This of course doesn’t affect only the person living with the CRPS but family and friends as well. Then there are financials stresses that get placed on some because they have to stop working. This was the case with me as I had to give up a good job and go on permanent disability. As you can see there are a multitude of things that a person has to deal with.In my case on a daily basis I deal with most of what I just described above. Some of my earlier posts deal with some of these other issues that you deal with when living with CRPS.

So what was the reason then for starting this site? Well there are lots of reasons that I wanted to start this site. One was to get my story out and help raise an awareness for CRPS. I wasn’t very lucky when it came to being diagnosed, in that it took about a year to get the diagnosis. Nobody could tell me what was wrong because they didn’t really know. As well I actually had to go to another city to be diagnosed. So the more we can educate people, the quicker people can get into treatment. This will help with getting peoples pain under control faster, in hopes of reducing the pain at the same time. Or better yet maybe we can raise a level of awareness so that people are taken more seriously than they are, when living with chronic pain.

Another reason for starting this site was to be site where people could come and find a place of support. It can be scary and you feel like your whole world has been turned upside down. As your dealing with this however we have each other for strength and support. I will also share with people on this site how my faith has been such an important part of getting through things. Without God beside me doing the things that He is doing I wouldn’t have half the confidence that I do, or the positive attitude to overcome adversity. When things were at the lowest point for me in all of this He was there for me to encourage me and to help me fight.

This blog is really about giving people something real and helping people in whatever way that I might be able to help them. From one week to the next things are never really the same. One week I might be telling you about how I’m feeling, to the next week where I might be giving you information on CRPS itself. I might even be telling you about my family and how this all affects them. What I try to do in my blog is cover the things that go on within a person’s life when your living with CRPS. It really depends on what’s on my mind and that’s the great thing about a blog. Who knows the next day I might talk about my trip to Hawaii!! Anyone reading my blog knows that I’m really going. In fact only another two weeks but who’s counting!!

What’s Going On In My Brain!!