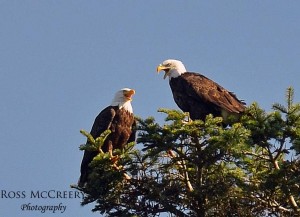 This has been a really busy week and so trying to find time to put up a post has been a bit of a challenge. Not to mention that I’ve been dealing with a bit of a flare-up since getting back from vacation. As well I’ve also been spending a lot of time trying to put things together for the arts festival that I will be showing my pictures at in a couple of weeks. In today’s post I’m giving you an inside glimpse at some of the pictures that will be a part of the show. These are also pictures that I have up in my Etsy shop for sale. So feel free to visit my shop sometime at http://www.etsy.com/shop/rossmccreery and take a look at some of my work.

Like I’ve said it’s been a hectic week and it hasn’t helped that my pain level has been up. Why my pain level is up is I really don’t know. It could be several reasons the reduction in pain medication, increased stress, or even trying to get over the exhaustion of the vacation. All I know is that up until now I’ve been feeling good and the implants have been doing their job in helping to control the pain. Speaking of vacation I wanted to tell you 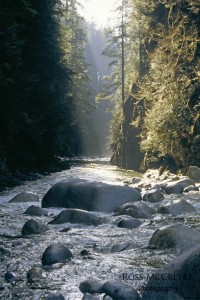 a bit about something that happened on my way home.

When I received my implants I knew that I was going to have to go through a bit more when it came to going through the security in airports, and I have no problem with having to be checked out a little more carefully. I give myself lots of time to get through and I’m ready to be subjected to anything and everything. When we went to Disneyland I didn’t have one problem on the way there, it was on the way home that I encountered a problem.

At each and every airport I ask the security agent who’s taking your things and putting them through the scanner to NOT pass my medical devices through the machines. I can’t take the chance that the scanners will mess up my devices seeing as their combined value is $5000. So I hand everything to him and ask him if he could walk them around and swab them and check them like all the other airports have done and had no problem with. What does he do HE PUTS THEM THROUGH THE MACHINE! To make a long story short one thing led to another and we wanted someones name to make a complaint. However they refused to give us anyone’s names. Even the supervisor refused to give us his.

We tried to explain why we were upset but ended up being met with arrogance and it was clear that what we had to say was not of importance. Not to mention that my kids were getting upset by what was going on! The funny thing is that right on the form that we were given to file our complaint it wanted names and badge numbers of the employees. It was very clear however that we weren’t going to get very far with the people in that airport so I was

resolved to walking away upset by what had happened.

When I got home I called the company and to my surprise got someone great who apologized for the way we were treated and promised me that they would investigate the matter. She told me what I needed to do on my end and what would be done on her end and then assured me that if there were any problems with my equipment in the future that they would take responsibility. She took the time to listen which went a long way. Admitting that he made a mistake by putting my things through the machine would have gone a long way! Anyway it’s still all being worked out but that’s my rant for today!  I hope you enjoyed the pictures and I’ll talk to you soon.

Pride In The Face Of Adversity