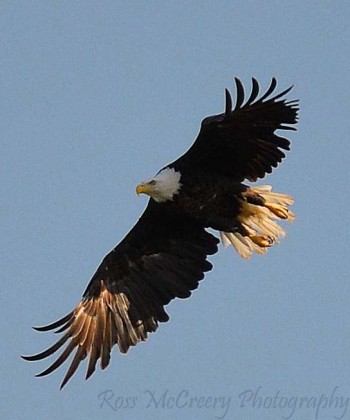 Today I’m posting some pictures that I had posted a couple of months back. The eagle is just one of those birds that you never get tired of looking at. These pictures were taken off our front lawn at our cottage on Vancouver Island. In some ways this is almost like a mini memorial because this year the tree that they were sitting in was taken down in a wind storm that hit.

I will always have all these amazing memories of sitting outside on our deck listening to them sit high above in this tree calling each other.You never had to go far to get a photo and we would watch them flying up and down the beach and out into the ocean to hunt for fish.

You really don’t appreciate how amazing they really are until you’ve watched them up close to see the power that they have. When I caught these two eagle on this particular day they were particularly vocal. There was a dead salmon on the beach that they kept diving 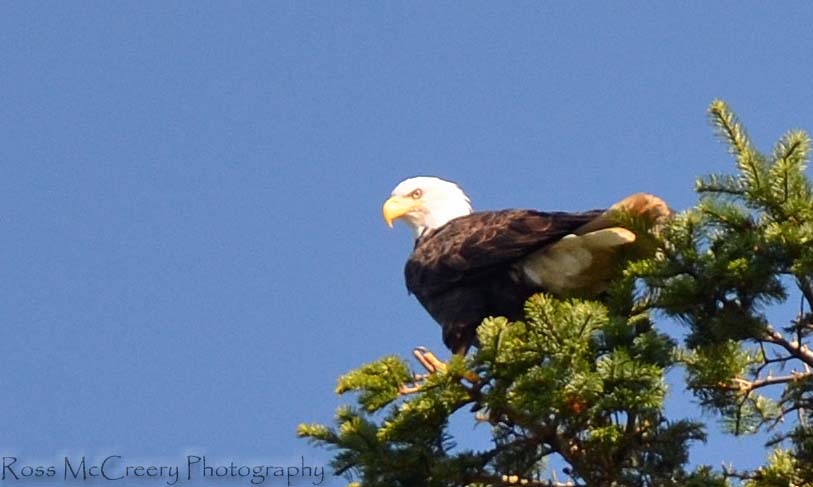 after, so it was back and forth from the tree to the beach.

The unfortunate part was that I was only armed with a short lens so I had to do the best I could with what I had. They are such a powerful bird yet when you watch them they really do seem so graceful in the sky. I consider myself quite lucky to be able to watch them off

my deck as they patrol the beach.

We’ve had many years of being able to sit on that deck with your morning coffee listening to nature at it’s best and so the tree that was right next door will be missed. It’s not the end of the eagles in the area because they have several nests up and down the beach, but it’s the end of a very special part of what makes our cottage so inviting! So I hope you enjoy some of the photos that I got.