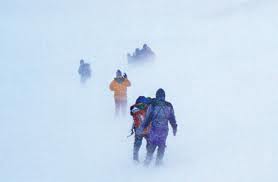 I’m back with an update and I wish I had a lot to tell you about my health, but things are pretty slow going although progress is being made. The swelling from the surgery is taking it’s sweet time to go down and I have good times and bad times. Like I said before it’s just a matter of healing time over the next couple of months. Thanks again for all the well wishes and encouraging comments on my blog from all of my blogging friends.

In an earlier post I had mentioned that going through all these surgeries has been like climbing my own Mt.Everest, and as I started thinking about that post I thought about the fact that I had more to say therfore I bring you Part #2. The reason for this is because often this is the part in the expedition where people give up and turn back. When I was writing that last post I was in the middle of a storm. It is quite common to hear peoples stories of how they attempted to climb Everest yet they ran into a storm and were forced to turn back because conditions were to severe. Or that Hollywood movie is made where all but one are swept off the side of the mountain, and it becomes one persons story of survival.

If I were to parallel where I was just at I would have to say that is where I would have been at the time of the surgeries. It was blizzard after blizzard hitting me taking every ounce of strength mentally and physically from my body. I had to find some way to ride out the storm without turning back. In the stories people tell you hear about that little crack in the mountain side that people find shelter in. In my case I had to rely on God to help me weather that storm. There were periods of time where I thought that this was all too much and that I needed to turn back. I’d be lying if I didn’t say that it would have been easier just to turn around and head back down the mountain to safety.

At this point in time it became more of a mental challenge than a physical challenge. If you ask the majority of climbers they will probably tell you that the mental aspect of the climb is every bit as important, if not more important than the physical. So this is the part for me I had to ask God to give me the mental strength I needed to get through that storm. He was my shelter through it all. I needed the ability to think clearly and make the right choices. Most of all though I needed the comfort of knowing I was going to make it through. 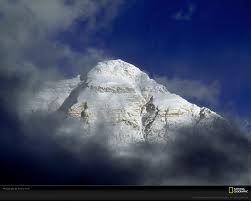 I was committed to getting through this storm there was no turning back! I’ve made the decision to move forward and get to the top of the mountain however I’ve needed some guidance along the way. So where am I at in my climb? At this moment the storm has calmed down and the weather is starting to clear. My climb has resumed and I’m pushing for the top. How long it takes or what lay ahead is hard to say, but I can see it and I know I’ll get there. What a rewarding feeling it will be to get to the top!

Up and Running Again!

A Journey Through CRPS Together!!