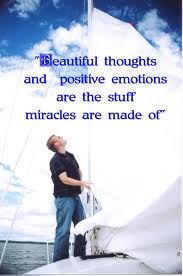 Hi everybody! I hope everyone had a great Christmas. I wanted to throw up a quick post to update everyone what’s happening in my parts. Yesterday I went in for surgery to start part two of my implants! This implant is to stimulate my left arm and hopefully reduce pain even further. The surgery didn’t go well and it appears as though I’m going to have to go in for more surgery. The electrode that they implant in my spine looks as though it has shifted thus causing the stimulation to go down my right arm instead of my left.

During the surgery everything was going great and I could feel the stimulation in the left arm just fine. It was tested several times and every time the results were the same, the sensations were down the left side. Somehow between closing me up and recovery all that changed and I started feeling it down the right side. The neurosurgeon sent me for xrays and it seems as though the lead on the end of the wire has shifted. What does this mean? It means I’ll be going back in for more surgery! It wasn’t what I was hoping for, but it is what it is. Am I discouraged yes but am I going to let it slow me down? No way!

So if I don’t update for a few days you will know why. I go in to the hospital tomorrow and I’ll find out what the next step is. There is a chance that I could be back in surgery as early as tomorrow, most likely though it will be early next week. When you go into a surgery like this you have to expect that there could be complications like this. You can’t let it affect your look on things. I’ve come to far to let another setback derail me. In going to keep pushing forward and keep smiling while I do it!