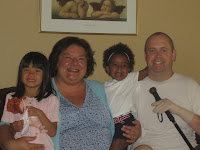 Up until now I’ve been writing about CRPS and every now and then I want to change things up and let you know a little about my life and what goes on in it. As I mentioned before I am married to the most amazing woman that anyone could ask for. Words really can’t explain how much she means to me. Through all my health issues she’s simply been amazing and deserves to be recognized for all the extra things she’s had to take on to keep this family running.

Donna and I have been married for what will be 13yrs come this May. I am originally born and raised in Vancouver and was living there when I met her. She had moved out to Vancouver from Regina where she was born and raised. How we met was a story unto itself and all you really need to know is that it was my place of work. Donna was a nurse by profession and I was working on the waterfront for a local Yacht Charter company. We dated for a while and then ended up heading back to Saskatchewan to get married back in 1997.

We had only been married for about a year before we made the decision to move back to Regina and start a family. After a while it was evident that we weren’t able to have kids, so we decided to go the route of international adoption. In 2005 we packed our bags and headed to China to adopt our oldest daughter Emily. What an amazing adventure it’s been since that time. She is this amazing 6yr old girl who’s smart, full of life, full of energy, and makes you laugh. She has just entered kindergarten this year and loves being in school. 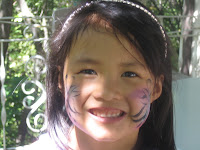 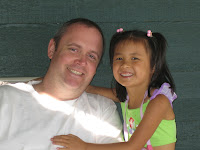 Shortly after arriving home with Emily was when I was diagnosed with CRPS. However life carried on and we decided that in 2007 we would do it all over again and adopt our second daughter Katelyn from Ethiopia. We again went through all the paperwork and prepared to bring another special little girl into our lives. At the time she was 6 months old and she was escorted by the agency back from Ethiopia to Toronto where we met her for the first time. It’s hard to believe but this March she will be 3yrs old. I can’t imagine life without them!! 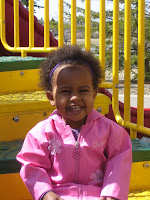 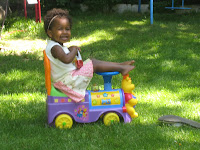 Since the kids life has been full of crying, changing diapers, watching Barney, and singing kids songs. None of which I would change because I’m the happiest father and husband in the world!!! 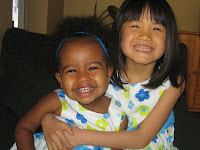 I may be dealing with CRPS on a day to day basis, however my family is the bright side of things that help me get through each day. There isn’t a day that I don’t thank God for all the blessings that he has given me in my life, ALL THREE OF THEM!!