Hi again! Christmas is right around the corner and it’s coming quickly! It’s the time of year that is so difficult for so many of us! Why? It’s taxing on our nervous systems and we have a hard time keeping the stress levels down or the triggers that set off our pain. So let me just say this! If you have a friend or a family member that deals with CRPS or chronic illness, keep in mind that this might not be an easy time of the year for them. I feel as though this has become a message that I try to speak to every year because it’s important! We are trying and want to enjoy this time of the year but it just isn’t easy for us.  So I guess I’m saying be patient and supportive of those around you.

The last week has been full of lots of ups and downs on the pain front, and I’m doing what I can not to fall apart. Like every other day however I battle through and get stronger with every passing day. My illness might be holding me back in a physical sense but I know that from the inside out I’m only getting stronger, smarter, and wiser. I have been affected by CRPS for ten years now and in so many ways its forced me to become stronger. Why? If I’m not stronger in how I battle through each day then slowly the illness breaks you down and over time it could lead to depression or worse yet suicide. So every day I wake up and the first then I do is ask God to give me the strength because I don’t know where else I would get it from. Not only the physical strength to get through every day but the mental strength as well. 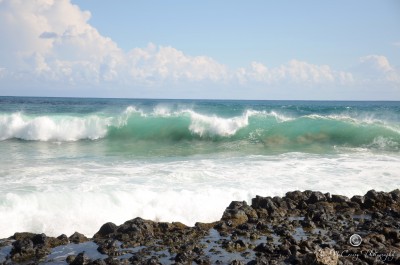 I’ve had to go through. Lets face it over the time that I’ve had to live with CRPS there have been more than a few ups and downs. There were days where the journey seemed all too much, and trials that have felt nearly impossible to live through making it hard to be happy at times. There were certain times I took on a defeatist attitude and chose to go to a negative place, believing that happiness wasn’t going to be possible. When I really think about it, those beliefs were coming from a place of fear. One in which I probably chose to shut God out sometimes because it was easier to give up and feel sorry for myself, than to trust that He could bring a renewed strength, happiness, and wisdom when I needed it. If I wanted to change this and stop it from happening, then I needed to have an even stronger “all in” attitude and trust that He would provide! Its taken time and a continued effort but slowly I’ve started to see things change. There is a peace I didn’t have before and I’m happier than I’ve been in a long time.

I’ve been fighting this war against CRPS far to long not to know that there might be other trials I come up against down the road. The difference is that I am prepared to face them if need be! My confidence is stronger and I have become so much wiser to Gods promises in my life. Its taken a lot of hard work to get to where I’m at today. Putting in the effort to learn about my CRPS and how to manage to live a “happy life” with my disability hasn’t been exactly easy. Sometimes it’s taken falling down and getting back up to learn how to cope and manage but I’m all the wiser for it. There have been so many hard and sometimes painful lessons that I’ve had to go through. All of them in their own little way however have helped me to open my eyes and see things in a different light.

Living a chronic life hasn’t been easy but its changed me for the better! I say this because in a lot of ways I appreciate life way more now more than I ever did before!